In grand style, another year’s in the books for Carolina Panthers Fan Fest.

Despite an unpromising forecast early on with light showers, the weather cooperated for fans and (and the media) tonight at Bank of America Stadium. Here are a few quick bites for you before we truck it back down 85 to Spartanburg:

1. Cam Newton’s intermediate zip is back. 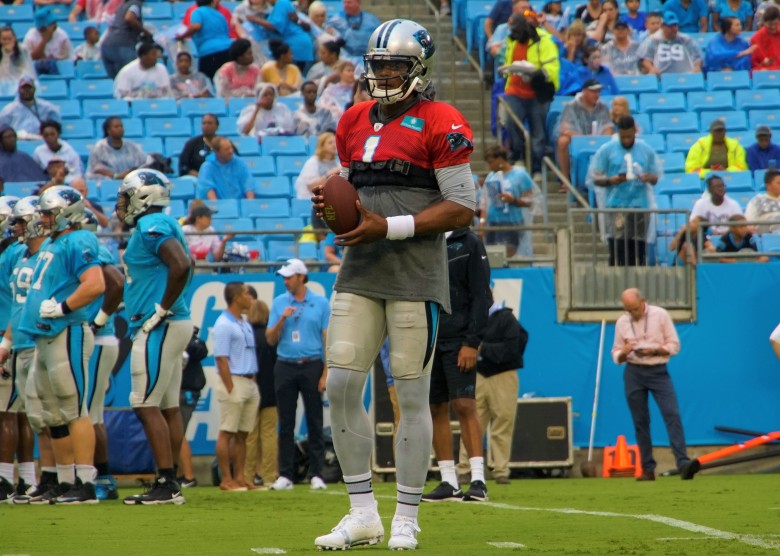 Cam had a full run of reps tonight with the first team and looks comfortable and in top form on the most important throws: the tight window bullets between 7-12 yards downfield. Newton was effective on this front, and that’s a welcome sight following the surgery.

2. Tre Boston is ready to thump. 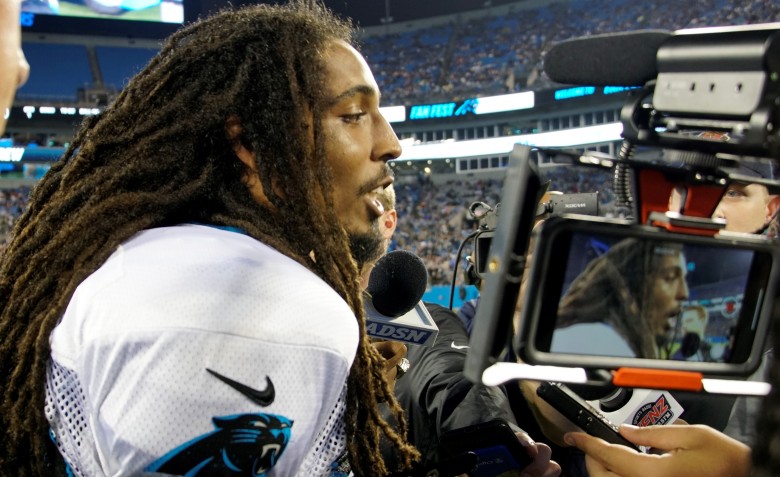 Boston was in full pads and ran well. Coach Ron Rivera sung the veteran’s praises following practice: “He had a couple really good reads,” Rivera remarked. “It’s great to see Tre getting into the mix.” Boston will be an intriguing piece to watch. Ross Cockrell got most of the reps at first team FS, and may still be poised to run with the starting role. It’s worth keeping tabs on, while Rashaan Gaulden continues to find himself working in more of a “buffalo” nickel role. Cole Luke also got a good bit of reps with the ones at nickel.

3. Speaking of Samuel: Hell on Wheels.

The third-year veteran kicked off practice with an early score, a beautiful deep ball between the hashes from Newton in stride, 30+ yards. The crowd lit up every time Samuel and Newton connected, including a makeshift dance party near the end of practice. Samuel is slowly emerging as the man to fill that invaluable “Ted Ginn take the top off the defense” role that helped the 2015 Panthers win 14 consecutive games.

It’s been remarkable to watch the transformation here in Charlotte with the new man in charge. Tepper was accessible–walked up and chatted with me and a few reporters about getting that roof up. He was interacting with Luke Kuechly, sidelined tonight, during live action. He’s hands-on, but not in a Jerry Jones “back off dude” type of way. I like him. Impressive stuff.

More from Fan Fest later, including a torrent of great video and photos from Friday night’s affair. Follow us at twitter.com/onepantherplace for the latest all weekend.

One Panther Place : Here’s Our Deal

One Panther Place is an independently operated sports blog and an unofficial fan site for followers of the Carolina Panthers. One Panther Place is a free site for fans to enjoy and share with fellow fans. We do not profit from any content published on the site or on social media and are in no way affiliated with the Carolina Panthers, Panthers.com, or the National Football League.